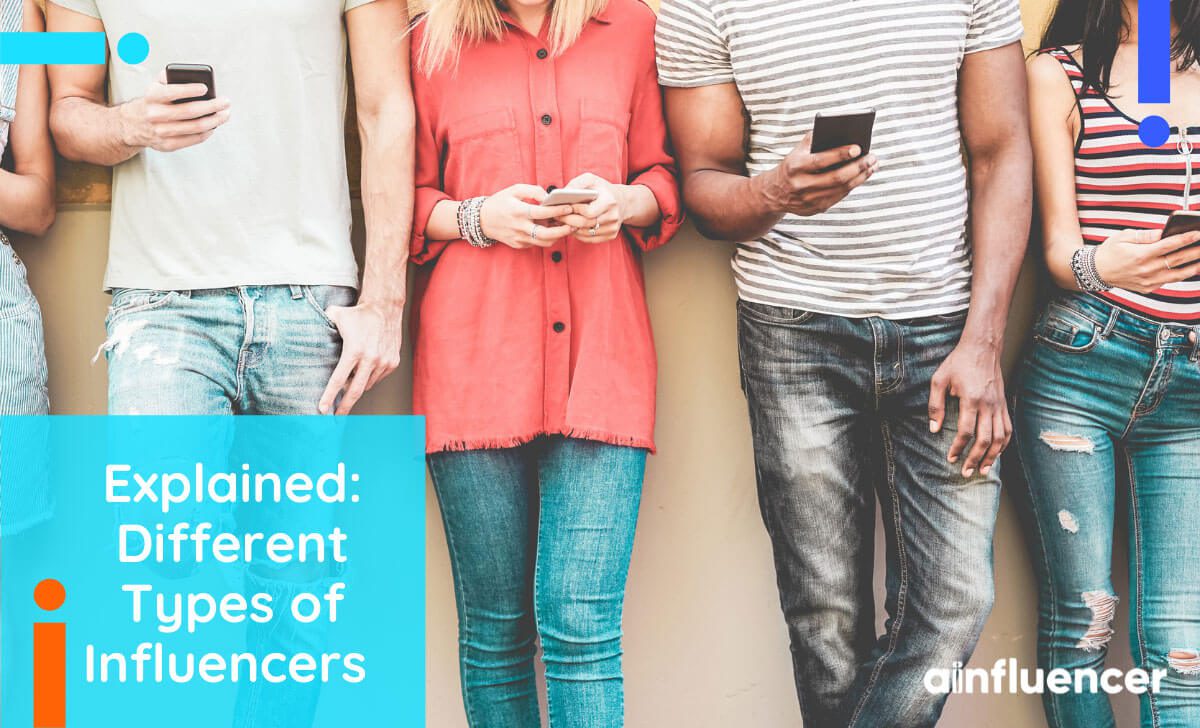 In fact, it is expected to grow into a $22.3 billion industry by 2024. Influencer marketing has proven effective for 80% of marketers, and 71% state it helps them generate more traffic and customers. According to TapInfluence, the ROI of influencer marketing is 11 times higher than that of traditional advertising.

Different Types of Influencers Based on Follower Count

There are three types of influencers, which include: mega, macro, micro, and nano. To make it easier for you to choose the right influencers for your brand, let’s begin by defining who mega, macro, micro, and nano influencers exactly are? We will examine examples of each type to further learn about their differences. We will also discuss the pros and cons of working with each type of influencer. Now, let’s dig a little deeper and start with the definition of a mega influencer.

Pros of Working with Mega Influencers

Cons of Working with Mega Influencers

Pros of Working with Macro Influencers

Cons of Working with Macro Influencers

Instagram micro-influencers have between 1,000-100,000 followers. Although they do not have the massive reach as Mega and Macro influencers have, their followers care enormously about what they post and say. In this way, they are much more likely to influence the opinions of their followers. Moreover, they are considered to be knowledge leaders in their field. In other words, micro-influencers often have expertise in a particular area, such as beauty, fashion, fitness, gaming, and so on.

Pros of Working with Micro-Influences

Cons of Working with Micro Influences

This particular category of business influencers is relatively new. Nano- influencers have between 1,000 and 10,000 followers. They are, however, very influential and active within their local neighborhoods or communities, and have the highest engagement rates. Nano-influencers aim to get regular everyday people to share brand products or services with their family and friends.

Pros of Working with Nano Types of Influences

Cons of Working with Nano Types of Influences

Which One is Right for Your Marketing Campaign?

Various Types of Influencers Explained in a Nutshell

In this article, we described the differences between micro, macro, and mega influencers. In essence, knowing their differences is the first helpful step toward a successful influencer marketing campaign. Hopefully, you now have a better idea of what the different types of influencers are. Obviously, the following count and engagement rates are among the most critical factors in determining the levels of influencers.

To summarize, if you are a big brand with a broad appeal and a sufficient budget, then a mega- or macro-influencer makes sense for you. For startups, niche brands, and small businesses, micro, and nano influencers will offer a wealth of opportunities. More specifically, these types of Instagram influences allow you to grow your audiences, raise your brand awareness and reach ever-higher goals for your business. Therefore, if you are selling a product or service for a specific target market, you should consider partnering with nano- or micro-influencers because they have more meaningful relationships with a loyal audience.

How to Work with Brands as an Amateur Influencer

Influencer marketing: trends and forecasts for 2022

How to get verified on Instagram for free: 8 simple steps