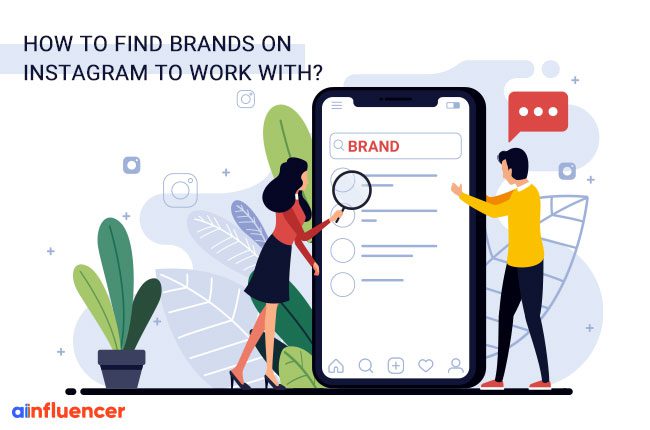 “Why collaborate with brands on social media, when I can just advertise my product and watch it grow?”, you might ask yourself. Well, you don’t know what you’re missing out on.

This guide will show you why it’s important to work with brands on social media to boost your product or service, especially on Instagram. It will also help you understand if influencer marketing is for you.

In the modern age of the internet, everyone or their mother is using their phones to get on social media. The purpose of social media has evolved in recent years from just checking out cute cat videos and following up on your friends to a legitimate business platform for influencers, content managers, celebrities, promoting partnerships, and collaborating with people on so many different levels.

Why should you collaborate with brands in 2020?

Posting your content on social media instead of a website increases its chance of being seen. 89% of US marketers say they use Instagram as their most important social media channel for influencer marketing purposes.

In a collaboration of 5W Public Relations with IMUSA, the influencers who shared about IMUSA had a sum of 173,000 following count.

Even if quite realistically only 10% of them viewed the article and comments, it still comprises 17K people learning about IMUSA, either for the first time or adding up to what they already know.

Based on an eMarketer survey, 31% of retailers in the US engage with current brand advocates to become influencers, 30% connected with micro-influencers, and 28% even using paid influencers for their campaigns.

Now this referral could be from family, friends, or someone you’ve never actually met up close but read their posts probably more than three times a week, and those people are social media influencers.

See also  Everything about digital influencers

Statistics like that showcase how efficiently brands could kick start their business with the help of influencers.

To shed light on the latter, imagine your stylist gave you $10 each time you sent one of your friends her way. That would certainly inspire you to compliment her work more widely – perhaps even make new friends for referrals.

Influencers are doing exactly that, only in a slightly more orderly fashion. Influencers have a trusting and tenacious crowd of fans engaging in every little new update in their lives, instantly boosting awareness around brands they advocate on a significant daily basis.

And we’re showing you how to do both those things in a few easy steps. But first, let’s take a look at what influencer marketing is.

What is influencer marketing?

Influencer marketing is a form of cooperation. Big and small businesses collaborate with influential people on social media to promote something. It could be a product, service, or campaign.

More than 500,000 active influencers are operating just on Instagram, according to a study by InfluencerDB.

What kind of influencer should you choose?

Influencers are widely different in many aspects. There are so-called “micro-influencers” who usually have a lower follower count, and charge less for promoting your business.

There are “mega-influencers” and celebrities who can provide all the initial impetus you need to kickstart your business, also expectedly charging more.

Some argue that working with micro-influencers is generally more efficient, since they have better average engagement rates with their audience, being regarded as more trustworthy and authentic while being more accessible to the crowd as well.

With that said, definitions of micro and macro vary between industries extensively. Some consider micro to be anyone who’s not a Hollywood celebrity, and some say just under 1,000 followers makes a micro-influencer.

But most marketers converge on the idea that micro-influencers have a total reach somewhere around 5,000 and 100,000 followers; and that’s still a pretty big range!

In the Micro vs. Mega Influencer Report generated by research firm L2 in October 2017, influencers are classified in six tiers, ranging from “micro” to “celebrity”, based on their influence volume.

Since anyone with less than 5,000 followers more accurately falls under the user-generated content category, they aren’t included.

How do you choose an influencer?

Many factors are affecting this decision in general. Let’s cut to the chase and look at the 8 key metrics that define our influencer marketing strategies.

#1 The three R’s of influence

As you can already see, Kendall Jenner’s profile shows she might not be the best influencer to choose if you’re looking to promote, say, an agricultural goods firm. However, she could make your record label skyrocket!

#2 Know who you’re trying to influence

A buyer persona is a detailed description of who represents your target audience. It isn’t [necessarily] a real customer, rather a fictional profile embodying the characteristics of your best potential customers.

It should be assigned a name, demographic details, interests, and personality traits. This way you can also define their goals, pain points, and buying patterns.

Go on and paint them a face. Not feeling up for it? Use stock photos. Some businesses have gone so far to create cardboard cutouts of their buyer personas to feel the real presence in their office.

See also  How much do Instagram models make? 2022 Edition

#3 Look for engagement and build trust within the audience

Higher engagement rates equal a more trusting crowd. People tend to buy more from retailers they relate to. That’s exactly why micro-influencers have a safer platform for promotion. Their audience just loves them more.

Every influential person on social media has a way of influencing people. That’s what makes them lovable. Practicing consistency in their methods opens up more room for credibility. The same goes for brands.

Take a look at urban photographer Dennis Prescott for instance. His unique style of photography stayed quite coherent when he partnered up with Traeger Grills back in March 2018.

#5 Keep an eye out for sponsorship saturation

Take a look at what your potential partner influencers are posting online. How many sponsored posts can you spot?

If you already started gaining followers with tons of paid posts, you probably don’t have a good chance of keeping engagement rates high for long enough.

Look for plenty of original, non-paid content to keep your followers on their toes. YouTube influencer Laura Reid recommends having just one piece of content in 5 or 10 posts sponsored.

Influencers are the front and center of the marketing community nowadays. They know all about social media, statistics and metrics, trends and connections, and online etiquette.

Every influencer has a unique approach to maneuvering social media, distinctly connecting with their dedicated followers.

Make sure you take the time to study what your potential influencers do and how they do it before you engage in a partnership.

You certainly devise an allocated budget for every project you plan to recruit for, and influencer marketing is no different. Be sure to plan accordingly.

#8 Reach out privately and personally

Yeah, a tweet mentioning your favorite influencer suggesting you should work together and “we can do great things” might be fun, and even do the trick, but it’s best to discuss what’s not meant to be disclosed in a more private fashion. Probably a DM would be more appropriate.

If you’re looking for some examples of influencers endorsing organizations, or perhaps even some inspiration along the way, there are countless posts you can look up, and they’re just a click away.

But take a look at different influencers partnering with Macy’s on a single occasion, each presenting their uniquely different style.

How To Make Money As A Fitness Influencer In 2022

How Can You Find the Best Micro-Influencers for Your Brand?

32+ Top Technology Influencers To Grow Your Brand In 2022