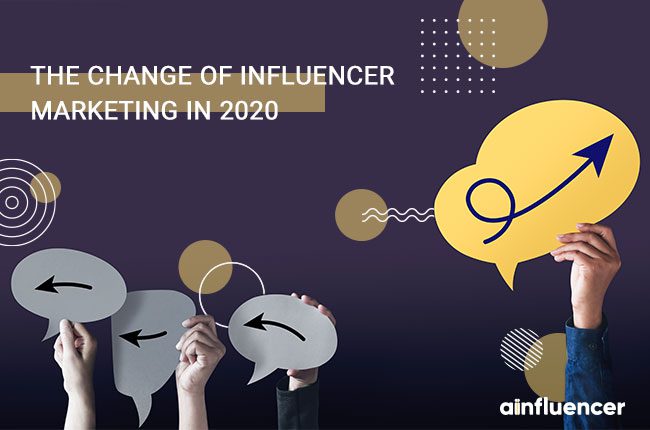 Influencer marketing has always been one of the big Instagram trends, and in 2020 it’s set to change. Rather than have you sit here and read an Intro, let’s get into the real reason you’re, the trends!

Marketing spend on digital influencers is destined to reach an all time high of $10B this year!

Nano and micro are much more affordable to work with and deliver similar if not better results.

A brand has a budget of $500 to launch an influencer campaign on Instagram.

To simplify, $450 has been spent for 40k of exposure across 3 different audiences expanding the reach of the campaign as opposed to just one macro influencer who would cost the same, if not potentially more for 1 feed post.

In hindsight, it’s essentially mass media as you’d be utilizing multiple accounts broadening the ability to reach more audiences as opposed to just one. This is why it’s more cost-effective.

A Peersway survey of 5,000 influencers currently working with the platform found that for the same budget, Nano Influencers create 10X more content and deliver 3X higher engagement than Macro Influencers.

For sale conversion, utilize the accounts that receive high interaction consistently, not the ones with followers that just look at the content and scroll past.

Chantelle Marie or @big.chantelle is a micro-influencer from Toronto, ON.

In the post above she’s promoting Bandana Bag Co’s tote bags, however, this isn’t her first time doing it.

She clearly likes the product and if you look at her clothing style, it suits well, which touches back to increased authenticity.

More Influencers Than Before

Over 52% of the influencers on Instagram have between 1k-5k followers!  We’ve already explained how they’re cost-effective, now we’ll see more utilize them on a frequent basis. Aim to capture a whopping 52% of the market or just 0.3%? From our end, it’s an easy choice.

Considering everything we already covered in relation to the cost-effectiveness of nano-influencers, this creates a new marketing channel for startups and small businesses.
They can get the exposure and sales they need while only spending a couple of hundred dollars as opposed to thousands! This can easily these businesses to another level and kick start them to start earning revenue quicker!

These 4 Instagram trends are predictions based on data and are ones you marketers should be looking out for! If you want to utilize influencer marketing that’s been paired with AI to find you the right influencers, sign up below!

Andie is a passionate creative and copywriter from Toronto, Canada. Her specialty is creating meaningful connections and sparking conversation through communications.

How to Work with Brands as an Amateur Influencer

How to Become an Influencer on Instagram [12 Helpful Tips]

The only guide you need for Instagram creator studio in 2021