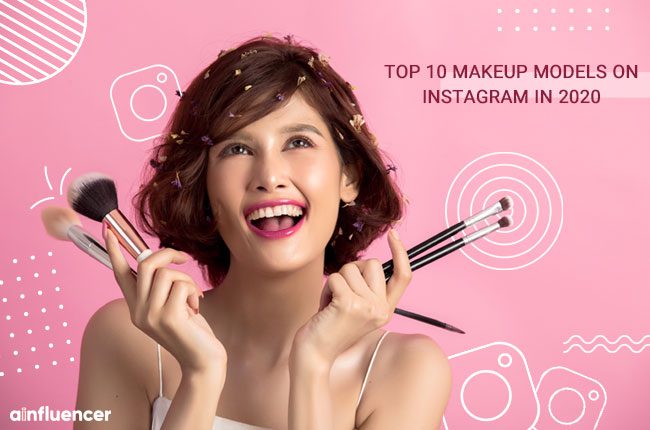 To be a professional, you should know the most popular makeup models, follow them, create your portfolio according to how they do things. Yes, being original is important, but all great artists and innovators drew inspiration from somewhere. In this post, we will introduce the top 10 makeup models on Instagram. You can learn a lot of things by exploring their accounts.

Gigi Hadid is s 24-year-old American fashion model and one of the most famous Instagram makeup models. Her full name is Jelena Noura Hadid. Hadid has walked for many high fashion brands over her career so far, and gained 35 appearances on international Vogue magazine covers over only four years of her professional career.

Isabella Khair Hadid is Gigi’s sister; she is an American model too at 22 years old. Bella began modeling career at the age of 16 participating in Flynn Skye commercial project. In December 2016, the Industry voted her “Model of the Year” for Model.com’s Model of the Year 2016 Awards.

Adriana Lima is a Brazilian actress and model. She is 38 years old and has stunning blue eyes which make her one of the best makeup models. Adriana Lima works with many famous brands like Maybelline, Victoria’s Secret, Guess, Armani, and so much more. She started at age 15 by winning the Supermodel of Brazil in Ford’s competition and after that, she began to soar in her career.

Kaia Jordan Gerber is a very young American model; she is only 17 years old! She has modeled for magazines such as Vogue, Teen Vogue, and Pop Magazine. In 2017, she made her runway debut for Raf Simons’ Calvin Klein Collection, then walked for fashion houses such as Marc Jacobs, Burberry, Alexander Wang, Coach, Prada, Chanel, Fendi, Moschino, and Versace, alongside her mother, during 2018 Spring Fashion Week.

Jourdan Sherise Dunn is a model and actress from the UK; she is 28 years old. Her appearance on runways started in 2007 when she was 16 years old and one year after she was the first black model to walk in a Prada show in over a decade. Among black makeup models, she is very popular and famous.

Emily DiDonato is a 28 years old American model. Emily has worked with many beauty and fashion campaigns, including Maybelline New York cosmetics, and Aqua di Gioia, the bestselling perfume by Giorgio Armani.

Her full name is Christy Nicole Turlington Burns, and she is a 50 years old American model. Christy represents Maybelline and before that has represented  Calvin Klein’s Eternity in 1989 and 2014. Also, she has activities as a charity-founder and filmmaker.

Herieth Paul is a young model from Tanzania. She immigrated to Ottawa, Ontario, Canada at the age of 14 due to her mother being a diplomat. She has walked for Diane von Fürstenberg, Lacoste, Tom Ford, Calvin Klein, Armani, Cavalli, and 3.1 Phillip Lim.

I-HUA WU is a Taiwanese Model and known as the first Asian model featured in Maybelline worldwide campaign. Being one of the Maybelline’s makeup models is a great honor for her.

Charlotte Kemp Muhl is an American model, and she is 31 years old. She started modeling at the age of 13,  and in 16 appeared on Britain’s Harper’s and Queen cover that made her the youngest woman in history to appear on the cover of this magazine. Also, Muhl is a musician(singer and songwriter) and animal lover.

Being a  model is not easy, but by doing some tips and trying hard on your target, you can be a model too.

What is the CREATOR ECONOMY? And how BIG is it?

6 Benefits of Influencer Marketing For Your Small Business

5 Things to Tell Your Local Influencer Before Any Campaign

How Small Businesses Can Collaborate with Influencers to Boost Sales

How to Develop an Influencer Marketing Strategy